Nokia announced the winners of its MakeMyApp competition 2011 during the P@SHA ICT Awards event held today. The competition winners in each category received the prize money of 400,000/- PKR in cash while a special winner bagged the prize money of 100,000/- PKR along with a Nokia E7 for a truly innovative app. The four categories for which applications could be submitted were Entertainment/ Fun & Games, Business Productivity, Easier Living and Think Green.

Commenting on the MakeMyApp competition 2011 in Pakistan, Haseeb Ihtisham, Head of Marketing, Nokia Pakistan said, “On behalf of Nokia Pakistan team, I would like to express my heartiest felicitations to the winners of Nokia MakeMyApp Competition 2011. We are overwhelmed by the energetic response that we received from Pakistani developers for this competition. With their highly usable and practical apps, Pakistani Developers are making waves not only in Pakistan but all over the world. Thanks to their persistent efforts, every other day sees a new bundle of Pakistani apps added to the Nokia Store rendering it the most popular mobile app store in Pakistan today and there’s still so much more room for growth.”

Talking about the competition, Jehan Ara, President P@SHA said, “It is an honor for us to have players like Nokia in the industry who are playing a critical role in furthering not only their business but are also fuelling the growth of innovation in the country.”

Nokia’s MakeMyApp competition gave an exciting opportunity to software developers in Pakistan to submit their best work and compete for a chance to win great prizes. The winning apps will be made available in Nokia Store for everyone to download and enjoy. P@SHA become a key partner for this competition and played an important role in spreading the word to the Industry, freelancers and Campuses. 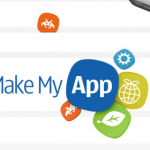 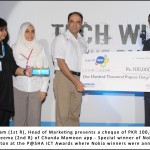 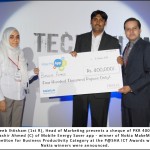 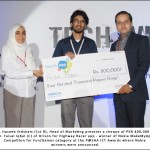 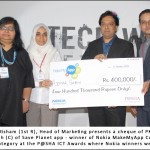 Entry submissions closed on 6th August 2011 and all eligible entries received were judged by the industry experts. Criteria for choosing the winner included quality and functionality; usability and creativity; uniqueness, novelty value and innovativeness; commercial viability and market potential in Pakistan; as well as Nokia platform compatibility.

More information about Nokia MakeMyApp competition 2011 is available at http://mea.nokia.com/makemyapp

About Nokia
Nokia is a global leader in mobile communications whose products have become an integral part of the lives of people around the world. Every day, more than 1.3 billion people use their Nokia to capture and share experiences, access information, find their way or simply to speak to one another. Nokia’s technological and design innovations have made its brand one of the most recognized in the world. For more information, visit http://www.nokia.com/about-nokia

The Bell about Oil and Gas – Elixir Securities Limited

Yes, it is true that the Business Observer does what its name reveals, means covering the news from all the industries, which are putting their efforts into accelerating the economy of Pakistan. The website is the trustworthy business news website and its name is taken among those business websites of Pakistan.