Pakistan's consumer inflation, which is measured through the Consumer Price Index (CPI) stood at 11.04% a year ago according to the Pakistan Bureau of Statistics (PBS).

The increase in inflation came from perishable food items, beverages, and transport primarily. However it was slightly lower than September's figure of 11.4%.

In August 2019, PBS changed the base year from 2007-08 to 2015-16 but has decided to also calculate CPI inflation for a certain period based on the old base year 2007-08. According to PBS, the national CPI is now computed on urban and rural indices.

The following items witnessed a reduction:

Prices of these non-food items increased during the period:

PM Imran recently held a meeting where the present situation of prices of essential items including flour, ghee, sugar, and other commodities and the steps taken to control their prices were reviewed.

Khan directed that a special cell in the Ministry of National Food Security be set up for timely decisions on the assessment of demand and supply of essential items.

Provincial chief secretaries briefed the prime minister about the availability of flour in their respective provinces and their prices. They informed that the country's wheat situation is satisfactory after the Pakistan Agricultural Storage and Services Corporation (PASSCO) supplied the commodity to the provinces.

Presently, there is no shortage of wheat in the country, they added.

PM Imran stressed that all possible measures should be taken to control the prices of essential edible items. He directed that new technology should be used to reduce the difference in prices in wholesale and retail markets and that the differences should be monitored. The premier also directed to make border management more effective to check smuggling of wheat, flour, and fine flour.

The meeting decided that strict action will be taken against elements involved in smuggling and the government officials assisting them in this crime.

He said more steps should be taken to curtail hoarding and profiteering.

Imran Khan asked for a reduction in ghee prices after the postponement of the axle load policy. The government was supposed to provide a location at the tehsil level for cultivators to sell their commodities without any fee or expenditures.

He sought a weekly report on essential items at district and tehsil levels so that real prices of the commodities can be checked. 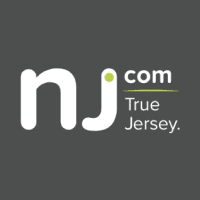